Last summer, the entire world was watching what was going on in Afghanistan. Even though the media attention has decreased, its severe humanitarian crisis has only gotten worse since. As of today, more than 60% of the population is in need of humanitarian assistance. However, such international help is facing strong limits in accessing the country. Because of it, basic services are less met than before and, as it is widely shown in the Report “Situational Report #04 - January 2022 - Herat Province, Afghanistan. Returning to the Country to Address the Acute Food Insecurity Crisis” , the numbers speak of a highly severe situation.

A devastating crisis: food insecurity, water contamination and the right to education under threat

In such context, the worst drought in the last three decades has made Afghanistan the country with the highest number of people living with food insecurity in the world. In addition, water scarcity and contamination have increased the risk of contracting many preventable diseases. These insufficiencies are in part responsible for the increase in internal displacements. Such phenomena concern mostly women and children, whose protection is threatened since they find themselves more exposed to forms of exploitation and abuse. At the same time, education has become a rarity rather than the right it should be. Four million Afghani children are out of school and while girls are exposed to forced marriages, young boys are often compelled to work in the fields.

Afghanis families have been exposed to sustained threats and damages and 97% of the population is expected to be under the poverty line in 2022. This situation underlines how any further shock, either man or nature induced, would currently have huge repercussion in the country. As if that weren’t enough, like every year, winter comes, and along with it the conditions get worse, especially in the mountainous regions. Roads are blocked and supplies do not get through. Households struggle to have a meal and to stay warm.

WeWorld is currently implementing a project in the Robat Sangi district, in the Northern side of the Herat Province, in the West of the country. This action was requested by WeWorld’s local longstanding partner: the Rural Rehabiliation Association for Afghanistan (RRAA). Despite the current difficulties undergone by international organizations to enter the country, WeWorld is able to operate precisely thanks to the deep-rooted presence and connections of the RRAA in the targeted territories.

On the cold mountains and with less than a fifth of the population with access to intermittent electricity, the inhabitants of Robat Sangi stay warm with what they are able to find. The possibility to find a job has become very difficult and the existing opportunities are limited to cultivating grains or wheat or to farming. The recent drought has affected 76% of the provinces’ households and the families that have been displaced to the region are the most vulnerable. 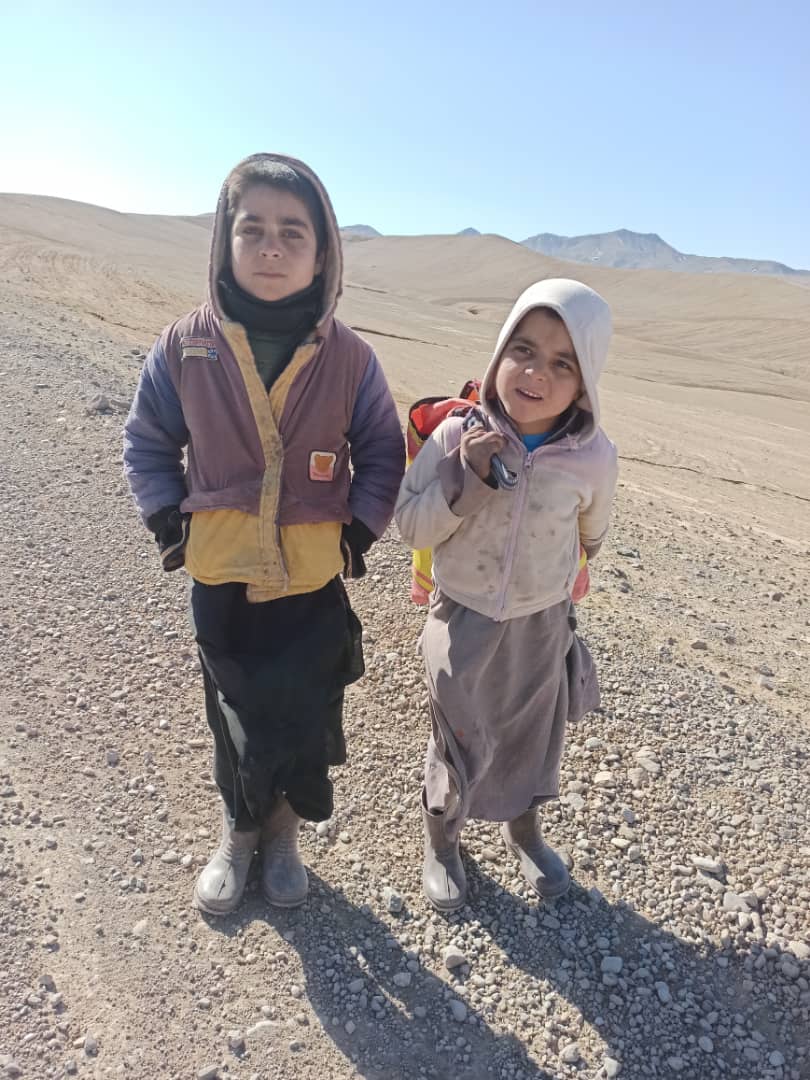 A few days before this shot, these children lost one of their siblings because of the cold temperatures. Here, they were seeking for flour to prepare something to eat, while their mother was out looking for wood sticks to stay warm. January 2022

Women face major obstacles in finding a remunerated activity and their children livelihood is highly affected by it. In addition, the war and the ongoing crisis have left more than 2 million widows.

It is why, as the report underlines, the most affected by the compounding emergencies are women and children, the same categories that WeWorld has prioritized in its operations. 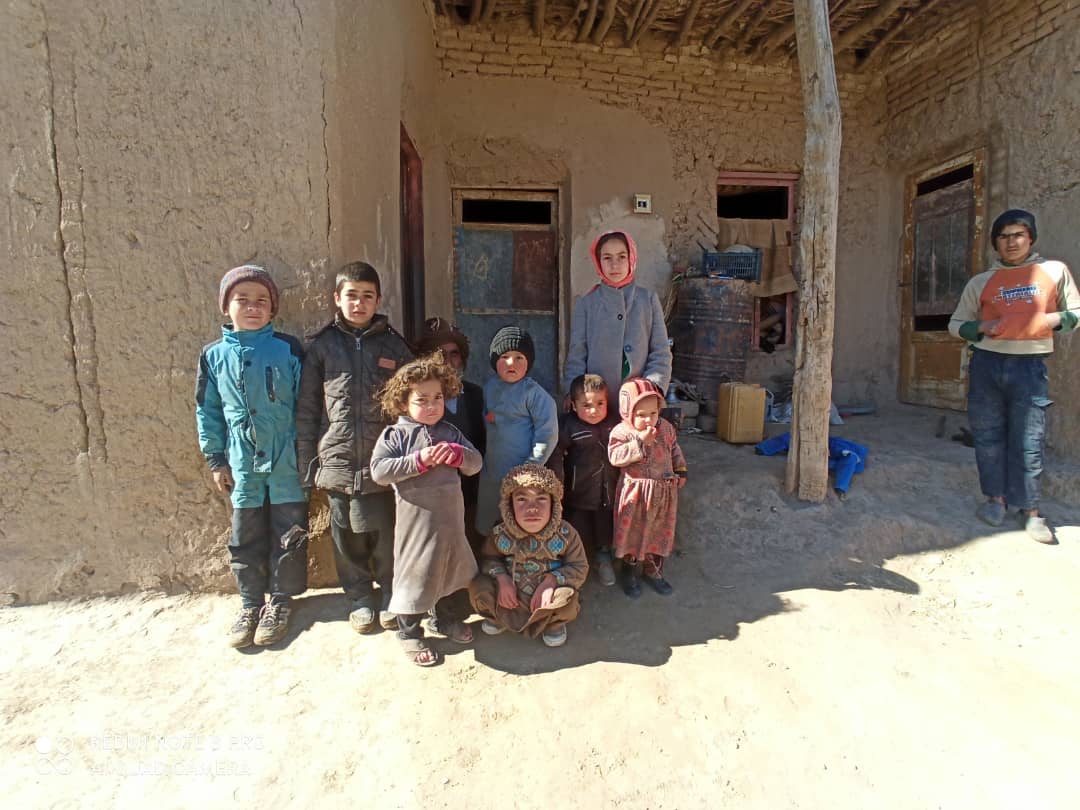 A family in the Robat Sangi district, January 2022 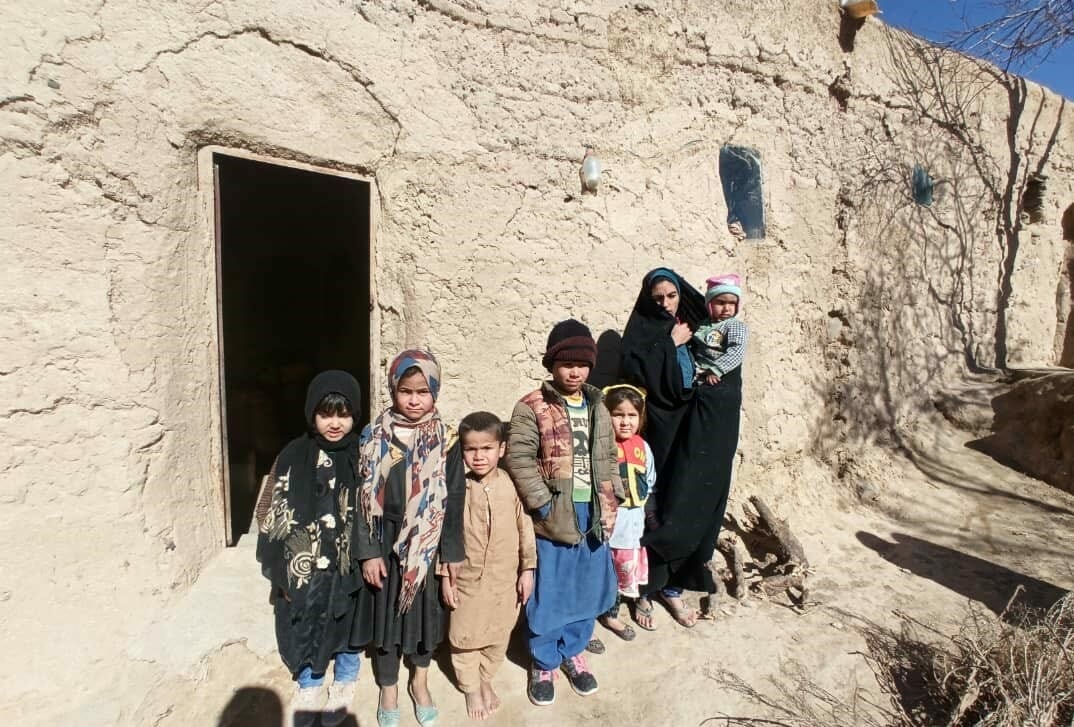 A woman and her six children in the Robat Sangi district, January 2022

The Cash for Food Project

WeWorld’s project “Cash for Food” supports women-led households and their children, whose lack of income and of assistance make them at risk of severe hunger. The collapse of the national finance system posed a major challenge at first and our decision to keep women in the work team took time and negotiations with the local authorities in order to be accepted. In addition, snowstorms jeopardize each time the access to roads, making it dangerous. At the moment, the operations have reached 230 widow-led households, including over 1300 children. The project is supported by ChildFund New Zealand, ChildFund Germany, ChildFund Australia, Barnfonden and EDUCO. WeWorld is hoping to scale up and to continue to support more households.