In November of two years ago, the Hurricane Iota struck just few days after the Tropical Storm Eta hit Central America, causing severe flooding and landslides in Guatemala, already dealing with longstanding vulnerabilities, among which the high rate of chronic malnutrition and food insecurity, and the fallout of the ongoing COVID-19 pandemic. The records show that the area has not been experiencing tropical storms of the range of Eta since 1999 and of the range of Iota since 1932. These category 4 hurricanes quadruplicated the number of people suffering from hunger, compared to the prolonged drought in 2018, who already affected one in 10 Guatemalans, causing crop failures and extreme food shortages for almost 840,000 people. 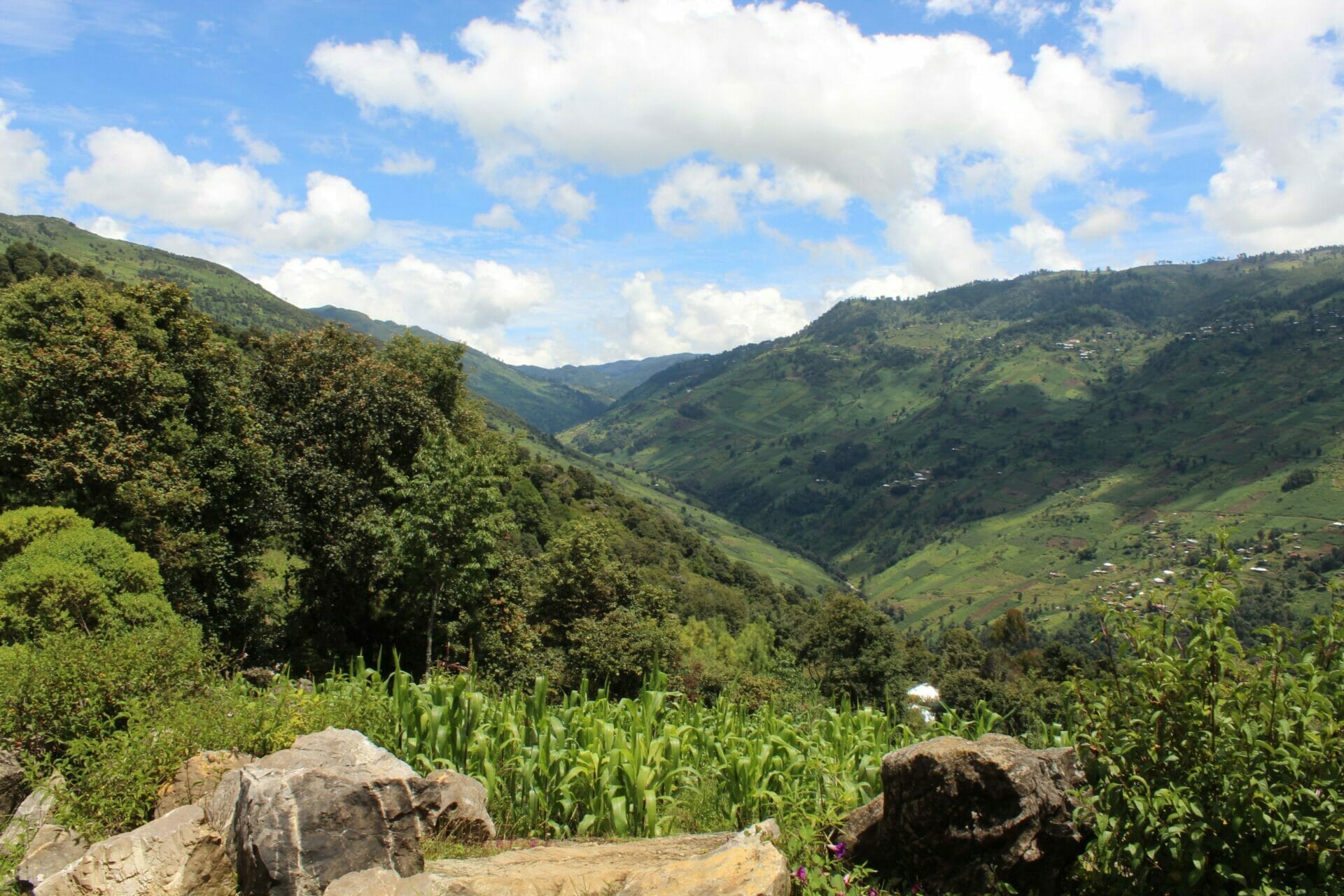 Photo: the majority of the communities of intervention are located on the mountain chain of Cuchumatanes: a true Land of Trees during the rainy season, but which suffers from droughts and water shortages during 5 months of the year, affecting crops and livelihoods of people living at such high altitudes.

A multi-layered crisis: livelihoods, nutrition and education at risk

Guatemala has the sixth highest level of chronic malnutrition in the world, and the highest in Latin America and the Caribbean, with stunting rates of children under 5 at 46.5% nationally, 70% in some departments and peaks as high as 90% in the hardest hit municipalities. It is estimated that half the population cannot afford the cost of the basic food basket because of poor income wages and scarce job opportunities.

The indigenous, non-Spanish-speaking population represent an estimated 51% of the national population and these groups suffer from limited access to education and opportunities. However, education is not only a struggle for indigenous people: in fact, secondary education is a luxury few can afford and even if enrolment in primary school is very successful, more than two million Guatemalans from ages 15-24 do not meet the criteria to enter the workforce. Therefore, they remain on those family farms, excluded from the economy by the farming elite, or they join the informal workforce, which is another big issue in Guatemala (the UN estimated that the 70% of Guatemalans are employed informally). These factors and the fact that wealth distribution is unbalanced among bigger cities and rural villages, and that many Guatemalan depend on farming inherited land as their sole source of income, among others, contribute to cyclical poverty in Guatemala. 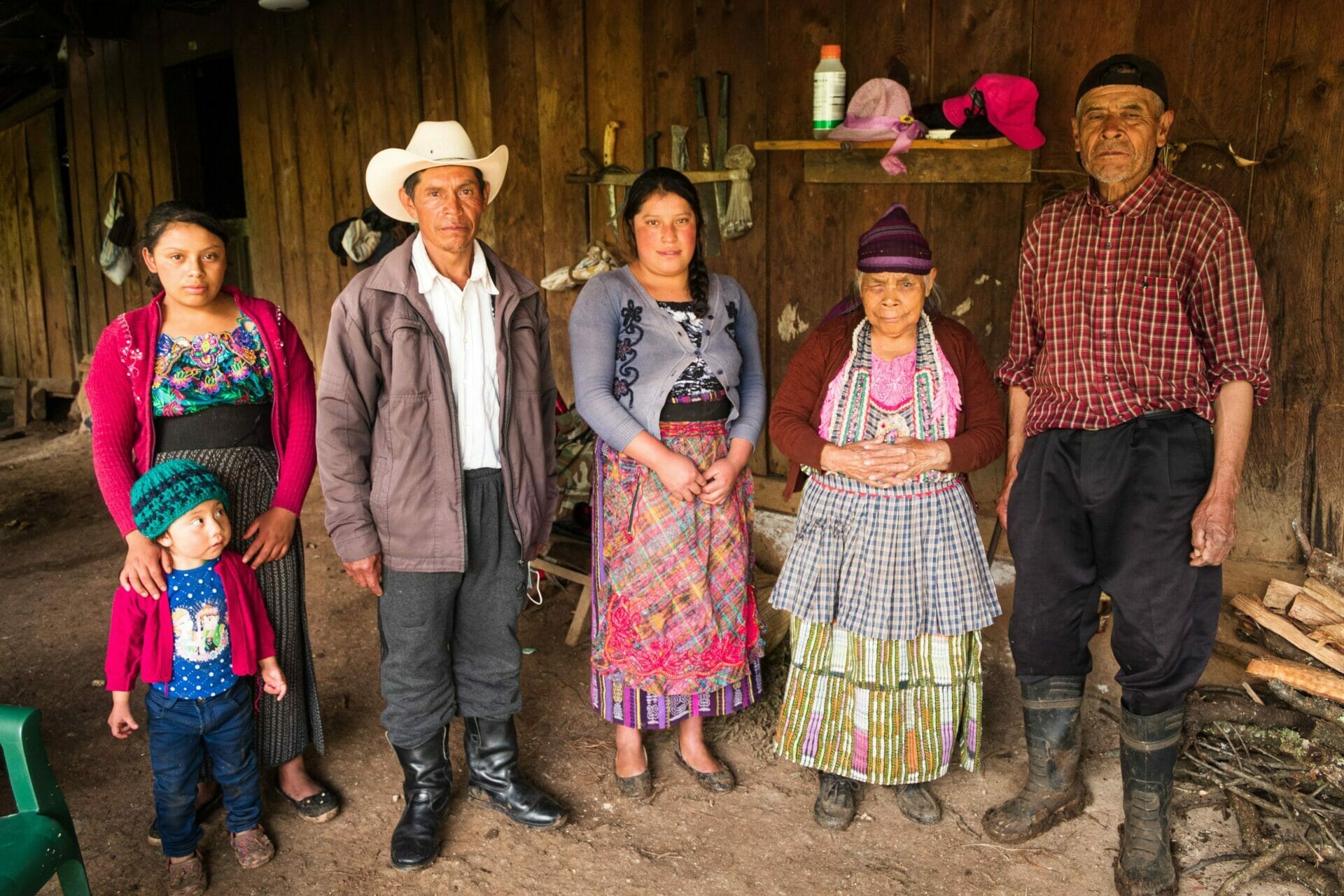 Photo: Prudencio and his family live in a hamlet called Los Cifuentes, in El Suj village, at 2,976 MASL, inhabited by 814 people and located on the Cuchumatanes, the highest non-volcanic mountain chain in Central America. During our visit, he told us that in those rural communities, people usually choose the fieldwork since a very young age instead of education, but he stressed on the importance of education because “it opens many doors”. Now, due to the rampant economic crisis, aggravated by the COVID-19 pandemic, he is struggling to earn money to sustain the family and guarantee a complete education, which he could not attend, to his sons and daughters.

The communities where we operate are located in the Central America’s dry corridor: a belt stretching south through Guatemala, Honduras, El Salvador and Nicaragua that is particularly susceptible to droughts, heatwaves and forest fires during the rainy season (April-October). Instead, during the dry season (November-March), the affected areas receive little or no rain at all, and suffer from extreme weather, such as typhoons, frost damage and landslides. Due to global warming and other consequences of climate change, the two season have become unpredictable: the past decade has experienced frequent, intense droughts and late rains due to unusually hot and dry canículas (a regional peculiarity that requires two short harvests) and prolonged years of El Niño (the warm phase of a complex weather cycle caused by increased Pacific surface temperatures). 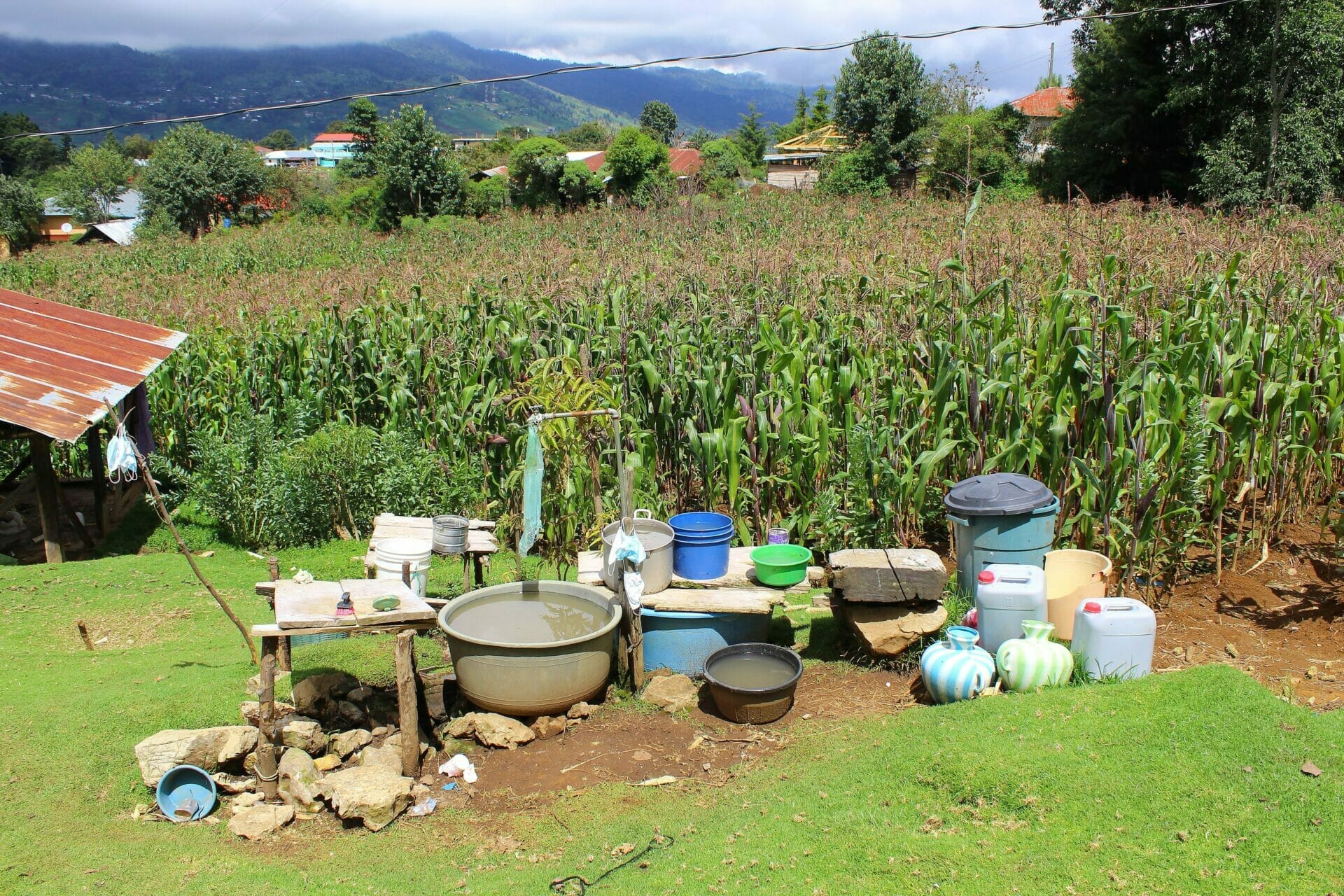 Photo: the Milpa of Graviel Hernandez Hernandez during the rainy season. The Milpa is a traditional agricultural system related with primitive farming and used in Central America and Mexico, in which maize is intercropped with other species, such as common beans, fava beans, squashes or potatoes. 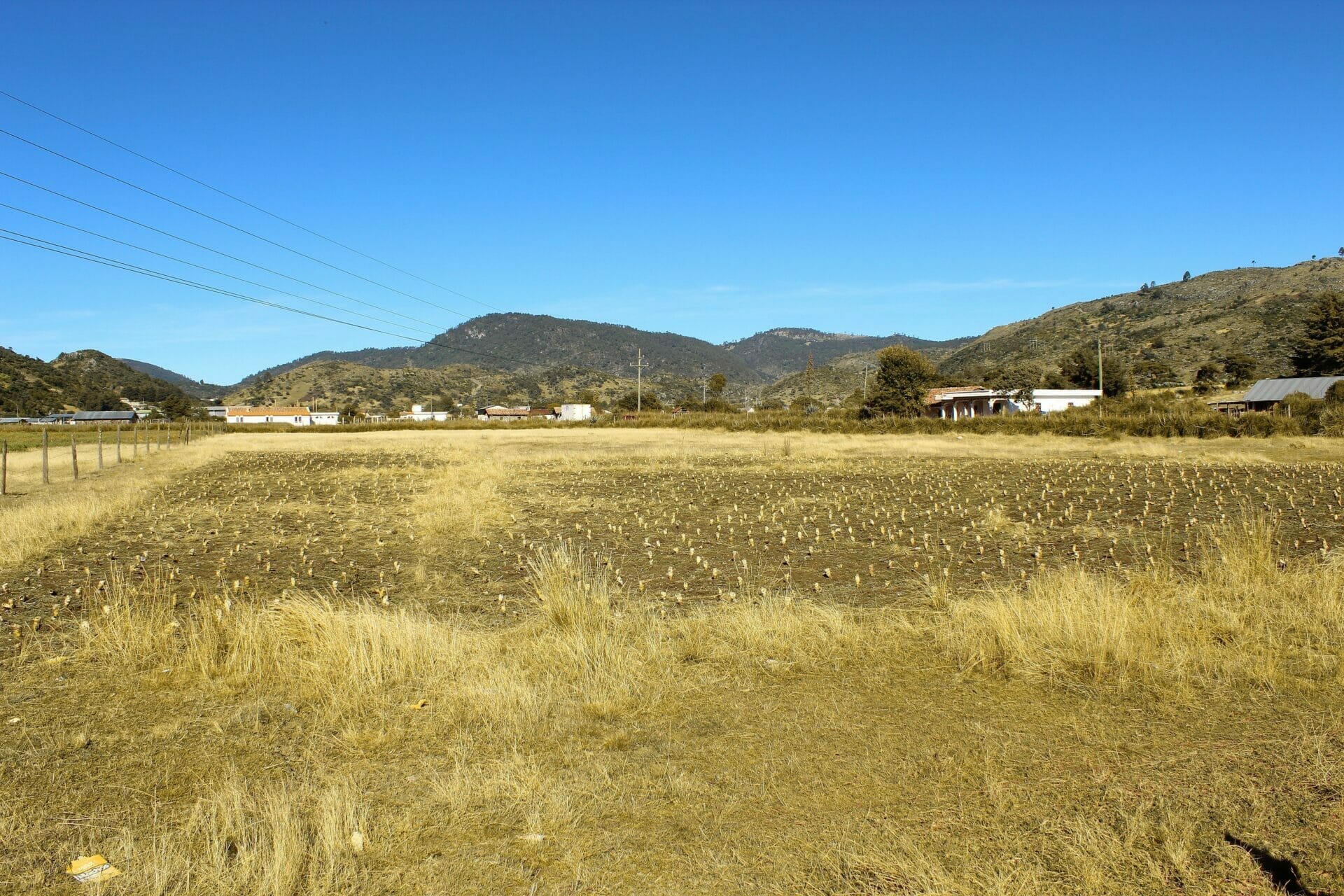 Photo: Dry fields in La Union Paquix where WWGVC implemented in 2021 a project on food security in response to Eta and Iota Hurricanes, benefiting 34 families (136 people). In total, the project reached 4,123 people belonging to 876 families.

To make matters worse, the two hurricanes that struck in November 2020, the droughts and extreme weather, destroy and damage crops and harvests that are critical sources of livelihoods and food security for many families already facing economic hardships as a result of the pandemic.

From seeds to trees: how our intervention is sowing the soil for development in rural communities

In the past 2 years, WeWorld has been helping 2,543 families (11,471 beneficiaries) belonging to the most vulnerable and remote rural communities of the Altipiano region, suffering from recurrent food insecurity, weakness of institutional capacities and poor access to services. The effort focuses on ensuring basic needs with food, seeds and hygiene kits distributions to identified families and health centers, as well as empowering communities on how to advocate for their rights and on how to adapt their agriculture systems to climate change. Another fundamental component of the projects implemented in the area is to prepare communities to face natural hazards, which are more and more unpredictable. 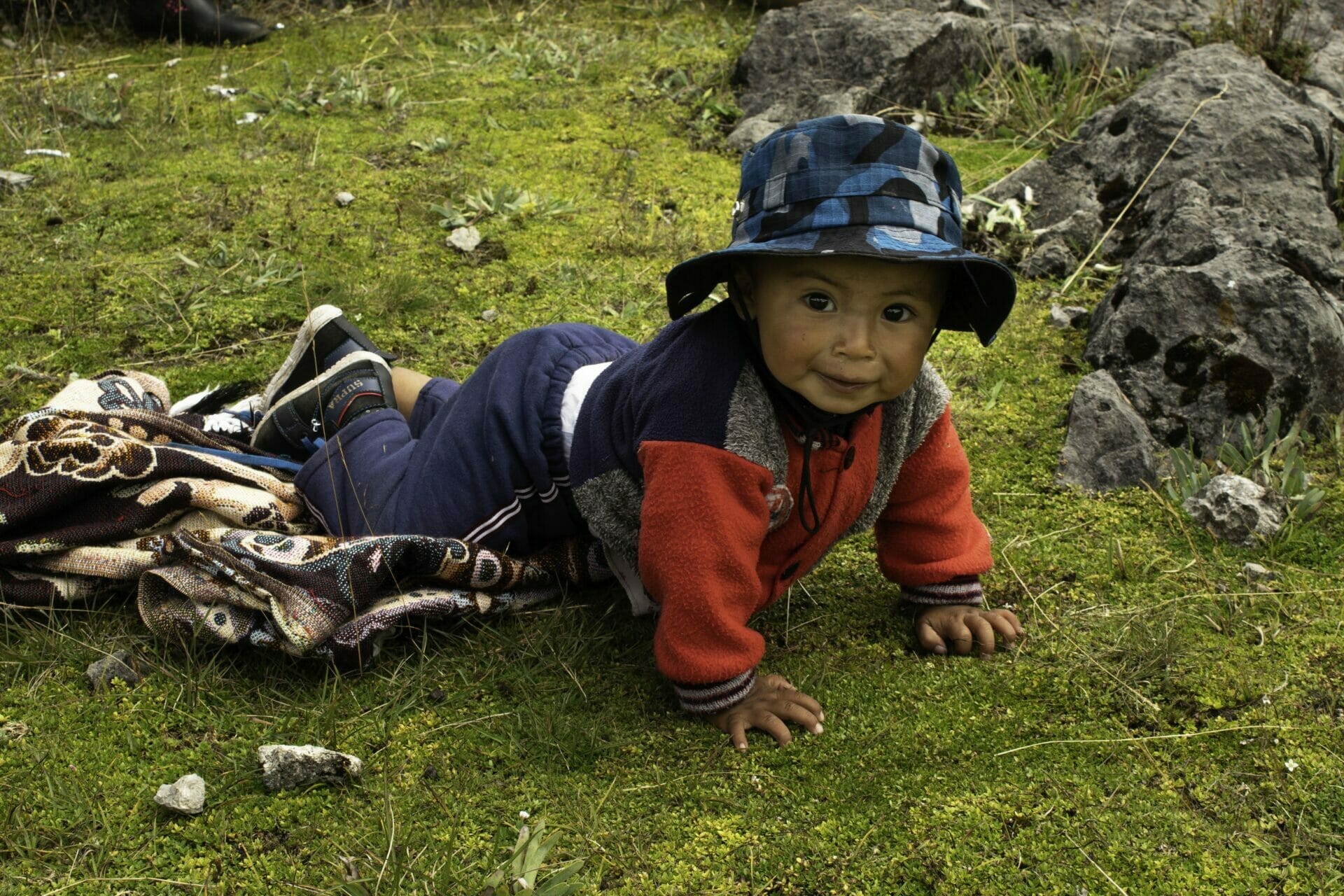 Photo: one of WeWorld’s youngest beneficiaries, belonging to the community of Escaputzí where 56 families (243 people representing the 57% of the population) received food rations and hygiene kits to recover from Eta and Iota Hurricanes which destroyed the majority of crops.

To learn more about our projects, in response to humanitarian needs in the indigenous communities of San Miguel Acatan and Malacatancito, WeWorld implemented in 2019 a project benefitting 533 families (2,597 individuals), by building resilience and providing social protection. In this project a total of 63,353 € (Q550.723) in cash transfers and 6,675 food rations (10 lbs for each ration) were distributed in order to support the malnutrition-monitoring activities that involved 826 children. In addition, capacity-building workshops involving 325 people from the communities were held on health and agricultural production systems and alternatives, fundamental to face the harsh climate. This activity went hand in hand with the distribution of 12 species of native seeds and the building of 2 water tanks able to collect 50,000 litres, 8 compost heaps for the production of organic compost, 4 community gardens and one big communitarian greenhouse.

In response to prolonged food insecurity, recurring droughts, Eta and Iota aftermath in the vulnerable communities of the Dry Corridor, WeWorld distributed food and hygiene kits to 1,910 families, 8,314 beneficiaries in total. 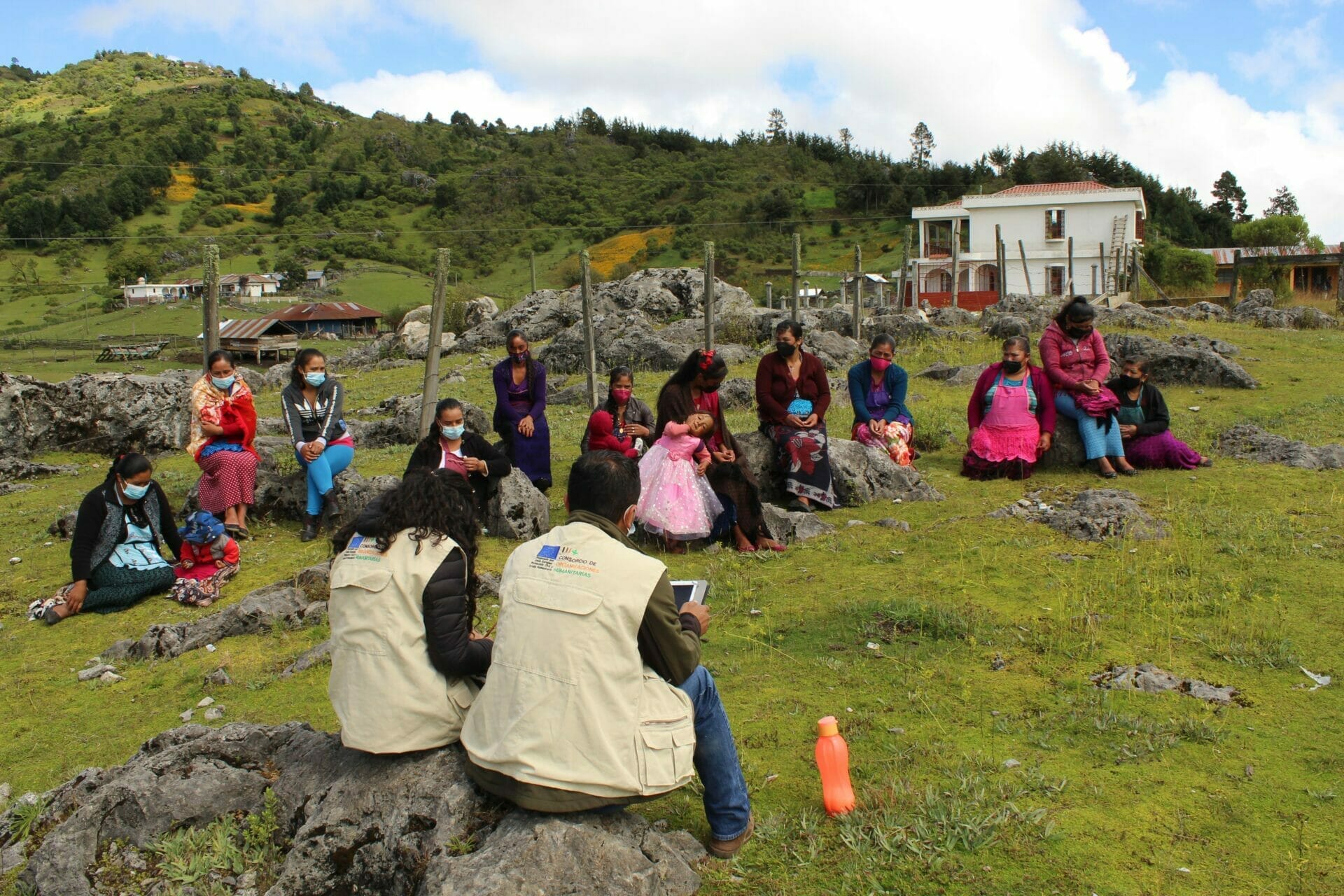 Photo: the group of women from Escaputzí participating in the first step of the Community Protection Approach (CPA) methodology. The multi-sectorial questionnaire is implemented with groups of key informants representing the communities (men and women being interviewed separately). This exercise allowed WeWorld to have a first picture of the community’ exposition to needs and protection risks.

These projects were funded by EU-ECHO and implemented thanks to the collaboration of members of Consorcio de Organizaciones Humanitarias in Guatemala, leaded by Oxfam and Acción Contra el Hambre, and of members of ChildFund Alliance (EDUCO, Children Believe and ChildFund International).